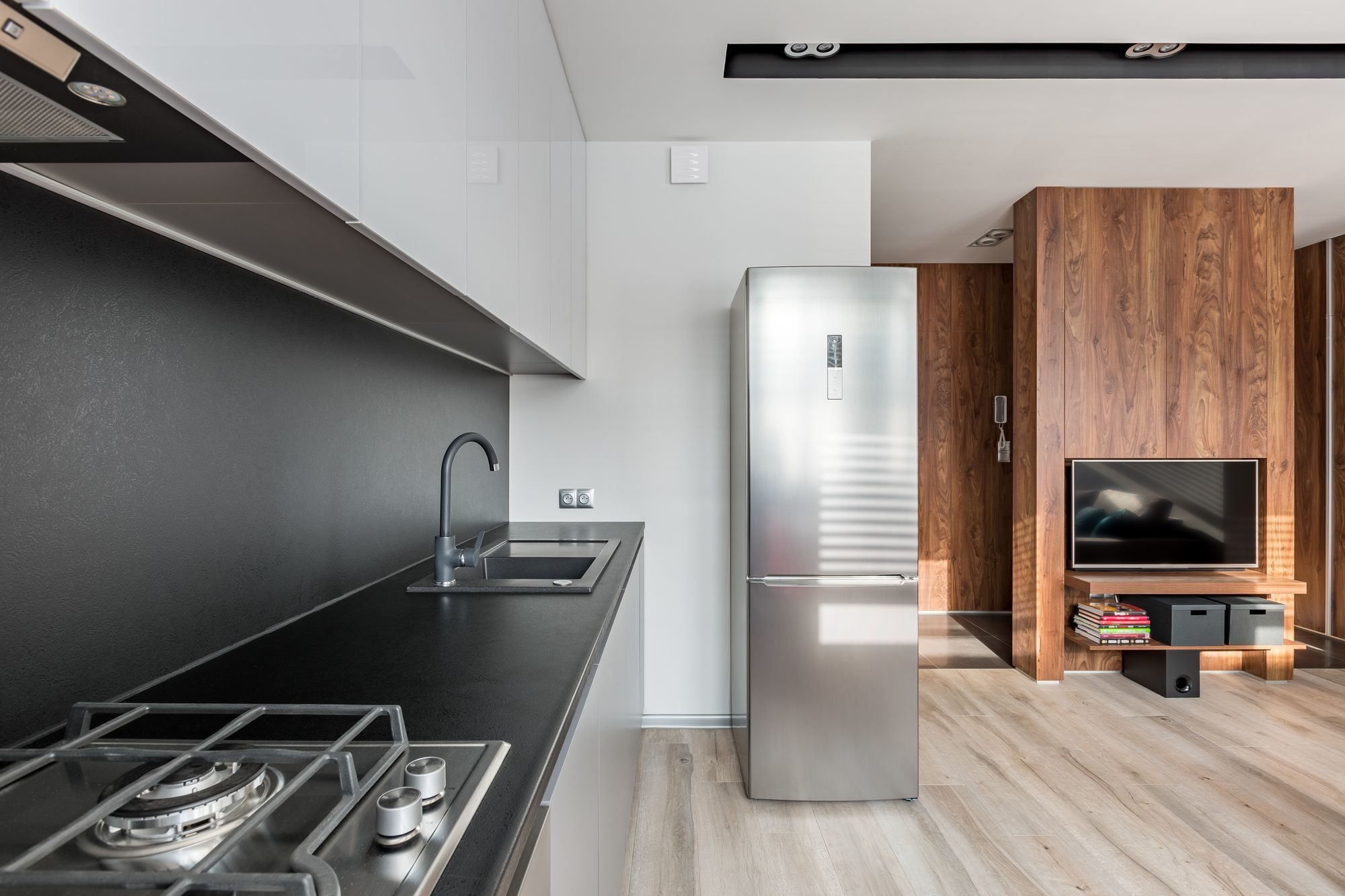 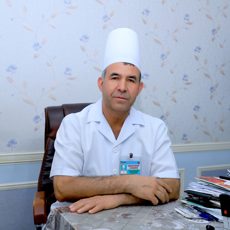 Information about the DOCTOR and why he has chose this method of treatment.

The chief doctor Berdikul Ergashev was born in 1967 in Uygoni village of Ishtikhan district, Samarkand region in an ordinary family of working people. He is the ninth child. His father Jurakul, who worked for the wellbeing of his children, died in 1990. His caring mother spent her old age surrounded by loved ones: her children and grandchildren who love her.

In 1974, Berdikul first crossed the threshold of the school, graduated in 1984 with a gold medal and exemplary behavior. Then he had been preparing for two years for admission to medical school. He began studying at the Samarkand State Medical Institute since 1986. After graduating from the institute in 1991, he got his major in surgery during a two-year internship in Katta Kurgan. Working side by side with specialist mentors, he observed various surgical processes, studied and practiced himself. However, he could not get past one ides. While translating the scientific and medical concepts and terms into ordinary language, let's say that there is an ulcer in the intestines; it is cut out, and the remaining healthy tissues are sewn together. The body got rid of the ulcer! Here is the question: have we removed the causes of this ulcer? No! Therefore, the young surgeon was looking for treatment in Eastern medicine, while practicing and observing other diseases of most patients. He turned to the works of Ibn Sino [Avicenna] and other scientists.

In order to enrich his knowledge, he went to China, where he improved his skills in the field of Oriental medicine. Not afraid of the difficulties, he began treatment of seriously ill patients, who were discharged from the hospital home with the words "the disease was detected at a late stage", "there is no way out" with the consent of the patients and their families. While spending days and nights bedside the patients, he received positive results of treatment with herbs and Malham, his own creation.

According to the Decree of the Head of the state, in the first years of independence, it was allowed to create private medical institutions. He established the Ergash-ota medical center in 1993. During the 24 years of the hospital's existence, many patients have found their cure here. People of venerable age returned to their families, to their children, and grandchildren, in order to protect them with prayers; those who lost the ability to work, returned to the workplace full of energy and vitality, and children who became uninterested in learning, came to school with a clear and insightful mind.

Medical care in the center is organized at a high level. B. Ergashev enriched his experience in Germany, Austria, and France. The doctor works tirelessly to improve the conditions in the center by equipping it with foreign modern technical means, allowing to determine the diagnosis in a short time and accurately, various simulators, and classes which improve health.

His wife Nargiza Fayzanova is a faithful companion in life and work B. Ergashev has five children.

The motto of Berdikul Ergashev is the following: "Serving the people is a great honor". 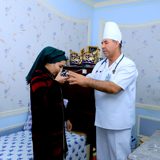 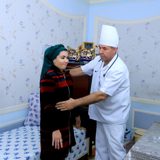 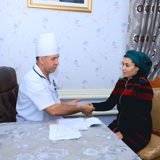 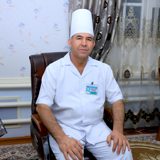